Though the DSO Concert on March 24, 2020  featuring our talented winners profiled below regrettably was canceled by the pandemic, we are proud of their achievements and look forward to following their musical journeys. The DSO was delighted to learn that Tobias and Evan – as two-thirds of the Sycamore Trio, were grand prize winners of the Franklin Pond Chamber Competition this spring. 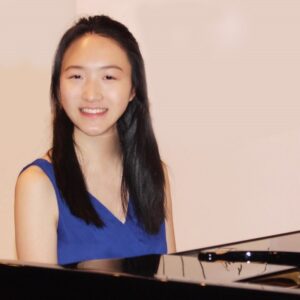 Katherine Yang,16, has been playing piano since the age of four. She won first place in the 2020 American Protege International Piano and Strings Competition and first place at both the 2016-2017 and 2018-2019 MTNA Georgia state junior competitions. Her other awards and achievements include 1st place in the NDMTA Sonata competition, AMTA Romantic and Impressionistic competition, Ruth Kern Young Artists Concerto Competition, and C. Merrell Calhoun Prodigy Scholarship Award hosted by the Atlanta Steinway Society. She was also a winner of the 2019 Atlanta Music Club Scholarship Competition. In the summer of 2019 she studied piano at the Brevard Music Center and was subsequently invited to perform at many high profile events including a fundraising gala with platinum sponsors and a live performance on the WQXR Young Artists Showcase with host Robert Sherman which was then broadcasted in New York City.  She currently studies with Dr. Alexander Wasserman. In her leisure time, she enjoys creating artwork and her designs have been represented by various organizations.

Katherine will join the DSO on Chopin Piano Concerto No. 1 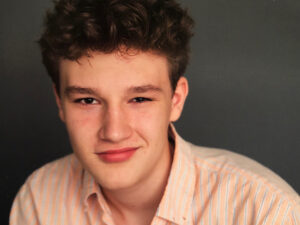 After a brief stint on violin, Evan Nicholson began studying cello at the age of four.  His primary teachers have been Pamela Devenport, Avi Friedlander, Martin Gueorguiev, and Wendy Warner.  Currently, Evan studies with Daniel Laufer.  Evan spent four summers at Green Mountain Chamber Music Festival studying with Alan Rafferty, Sarah Kim, and Alison Wells.  In 2019 Evan attended the Bowdoin International Music Festival and studied with Stephen Doane and David Ying.  Evan has participated in cello workshops in Cincinnati, Birmingham, Memphis, and Jacksonville and has played in the Franklin Pond Chamber Music program and the Emory Youth programs including AJCO, EYCP, and EYSO.  A passionate chamber musician, Evan currently plays in the Sycamore Piano Trio.  Evan is a junior at the Midtown International School.

Evan will join the DSO on Shostakovich Cello Concerto No. 1 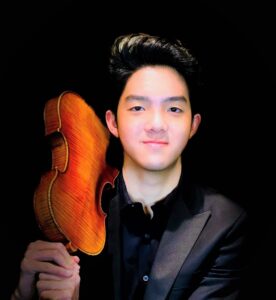 Tobias Liu is a fifteen-year-old violinist who began his violin studies with Keiko Furness at the age of six and has been under the tutelage of Sonja Foster since age seven. Tobias made his solo debut at age eleven with the Georgia Philharmonic as First Prize winner of the Samuel Fordis Young Artists Concerto Competition. In March, he will be soloing with the Alpharetta Symphony Orchestra Concerto Competition and the DeKalb Symphony Orchestra Concerto Competition, as a winner of their concerto competitions.  Recently, he has received the special achievement award from the Philadelphia International Music Festival at the Hilton Head Symphony Youth Concerto Competition.  Tobias has performed solo at an Atlanta Symphony Orchestra pre-concert performance at Centennial Olympic Park and at Weill Hall at Carnegie Hall as a winner of the American Protégé Piano and Strings International Competition. Tobias was featured along with his sister, Phoebe, in the Tower of Talent fundraiser for the Children’s Health Care of Atlanta, including a live performance on 11Alive/NBC TV through which they have helped raise over a million dollars.

Tobias currently serves as concertmaster of the Atlanta Symphony Youth Orchestra. An avid chamber musician, Tobias’s piano trio, the Aoide Trio, won the Grand Prize in the Franklin Pond Chamber Music Competition, after which they performed in Spivey Hall and on WABE radio, and his string quartet has been featured in the Sautee Nacoochee Concert Series where they performed a full concert. Tobias was accepted to the summer program at the Curtis Music Institute and has attended the Bowdoin International Music Festival, Credo Summer Music Festival, and Franklin Pond Chamber Music Program.

Tobias is a sophomore at the Westminster Schools, where he writes for the school’s newspaper, has participated in global education exchange programs to Spain and Argentina, and swims on the state-championship-winning Varsity team. In addition, Tobias’s award-winning artwork has been displayed in the High Museum of Art, at the Georgia Board of Education, and at the Hartsfield-Jackson Atlanta International Airport.

Tobias will join the DSO on Prokofiev Violin Concerto No. 2

Also on the program for this March 24 concert